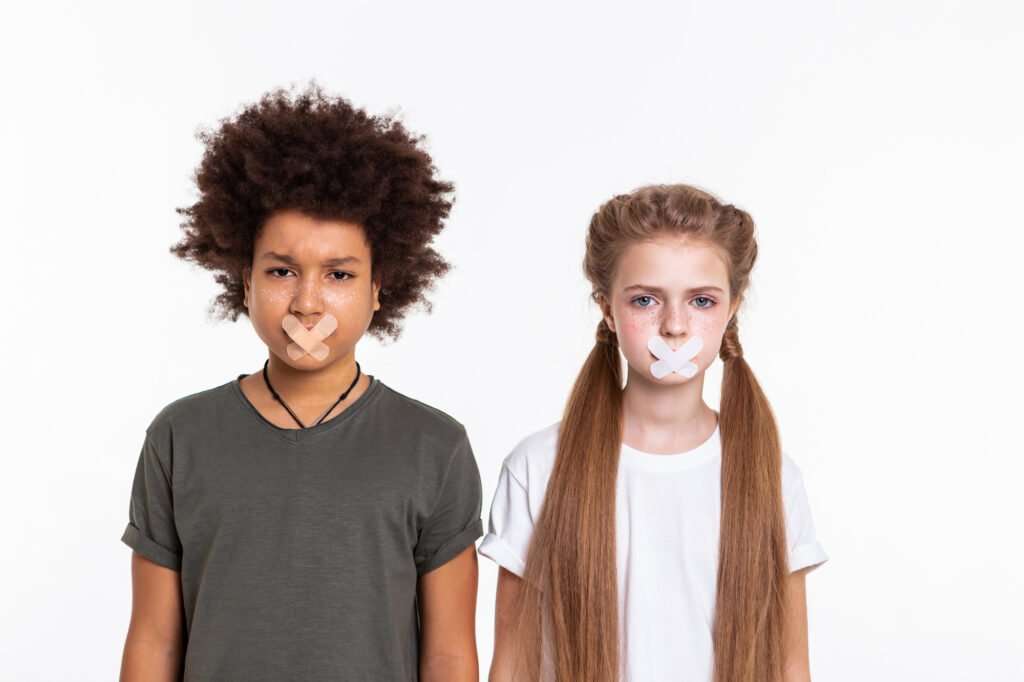 This is the continuation of “Society Killing our Children”.

Along with teaching our children that they aren’t supposed to express all of the feelings that were born to them, we’ve also continued to go along and strip them of everything that was entitled to them. In a nutshell, an actual childhood.

Somewhere in the late ’80’s, early ’90’s, society decided that we needed to micro-manage every waking moment for children. From sunup to sundown, their time was never their own. They had schedules, school, chores, extra-curricular activities, school sports, plays and clubs. Children were never allowed to have any free time to indulge in imagination or creativity, to learn consequences to actions, to problem solve or think on their own. These are all critical tools that are learned at a young age so that you can navigate and become a critical, LOGICAL thinker in the future. They were taught that their mind, and their time, were not their own. The idea that parent’s think they OWN their children because they gave birth to them is ridiculous. They are not slaves, to do with as YOU see fit. They have minds, opinions and desires that might not be in line with their parents and that’s OKAY.

Somewhere along the way, it was decided to take away the magic of childhood too. Santa Claus disappeared at younger and younger ages, along with the Easter Bunny. Sex was introduced and children were forced into adult reality. Instead of allowing it to develop naturally, classes were taught to younger and younger children. Children in elementary school DO NOT THINK OR WONDER ABOUT SEX OR SEXUALITY UNLESS THEY HAVE BEEN VICTIMS THEMSELVES. My girls had to endure “sex education” because the principal decided it was important, in 4th grade. It’s utterly ridiculous.

Then we, as a society, transitioned into another realm, one that is NOT based in reality or science. We told our kids that they could be ANYTHING they wanted to be. That sentence had pure love behind it when it was first spoken. I know as a mother, I truly wanted my girls to know that they COULD be anything they wanted, but society stopped the message there; I didn’t. There’s NOTHING wrong with telling kids that they can be anything they want to be. The key is that we didn’t tell them that it could/would take a lot of hard work and determination. We didn’t tell them that once they got there, they might just suck at doing what they wanted to do or that it might not pay as much as they envisioned, and that’s okay! It’s not a failure, it’s a life lesson. You could be doing exactly what you dreamed of doing but the pay isn’t as great, or you’re not cut out to do your dream job as what you had hoped. There are so many complications that could pop up to make a person rethink what they want to do or be. And being a child/young adult, they haven’t even begun their life experiences to know one hundred percent what they want to do or be. I’ve encouraged my girls to experience life, to travel, not to set their minds too solidly to what they think they might want to do. Volunteer in areas that have piqued their interest, dig deep in the trenches of that area because it might not fit your soul like you thought it would.

Then there’s the message they can be anything they want to be, even if it’s not human. I just can’t even with this subject because despite how hard you imagine, want, desire, you will never be anything but a human being. I understand the child’s point of view, they are using their imagination. I used to pretend I was a horse growing up, doesn’t mean that I expected my parents to placate to my immature fantasies and truly treat me like a horse. As adults, it’s our job to teach our children morals, right from wrong, reality from fantasy. We have failed to do that.

With all of the fake agendas floating around out there, the mixed messages of what is real, what is fantasy, how society is or isn’t, the public programming that used to be education, the damaging messages that emotions are wrong (emotions are just emotions, they are not good or bad) the micro-managing of another human being, it’s no wonder we have a few generations of angry, frustrated, self-centered souls. And to be honest, they SHOULD be. They have never had the ability to make their own decisions until they were adults. They were told false messages that their emotions were failures on their part, that the reason why that particular miracle didn’t happen for them was because they didn’t envision enough, they weren’t happy enough, they must NOT have believed enough. The problem is, they did believe and hope and wish. Desperation makes people do desperate things. The sad part is those fake agendas and false messages made those people BEHIND the messages very very rich. They accomplished everything they set out to do, while destroying people along the way.

We need to get back to raising our own children. We need to go back to communicating with them. We need to get back to allowing them to express ALL of their emotions and let them know that they are SUPPOSED to have them, to learn how to manage and deal with them, to learn how to listen to the messages that our emotions teach us. It’s not going to be easy. We are fighting a battle against an entity that doesn’t want us to be united and strong as a family. They don’t want us to raise our children with our own individual beliefs and morals. We have a bigger enemy than what the media and those with agendas are trying to tell us. And make no mistake, they are evil, they are powerful, and they have not only been poisoning our minds and thoughts for a very long time, but they’ve been poisoning our bodies and creating diseases to keep us down. That will be in another post though. As I mentioned in my earlier post, this is going to be a long journey, a painful journey, but once you see what is happening and take your life back, you will feel both physically and emotionally free and happy.

Until then, be safe, be smart, be blessed